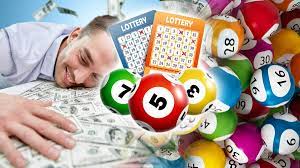 If you have been looking for a way to choose your lottery numbers, it will not take you long to come to the realization that there is not just one effective way to go about it. As a matter of fact, it appears that there are almost as many different ways to pick lottery numbers, as there are the combination of numbers to play. Some lottery players have a method or strategy for choosing lottery numbers and they stick to it, while others tend to change it up in every draw. When the lottery jackpots get really exciting and competition increases, people are often left to contemplate how to choose their lottery numbers.

Are you facing the same dilemma? You can find out the various options to explore in order to pick lottery numbers below:

There is a lot of controversy surrounding this method for choosing lottery numbers. Yes, you can definitely use the statistical method for selecting your lottery numbers. This means looking at the past results of your chosen lottery like the UK 49’s or the SuperEnalotto lottery and then considering what numbers have the highest chances of being drawn based on them.

Hot and cold numbers essentially refer to the frequency of the lottery numbers that are drawn. Hot numbers are the ones that tend to show up in most lottery draws, while cold numbers are those that are rarely chosen. A number of players believe in using hot numbers only because the more frequently a number is drawn, the higher its chances of being drawn again. But, this doesn’t mean that cold numbers should be avoided entirely because every number has an equal chance of being drawn. Just because it hasn’t happened so far doesn’t mean that it cannot happen. You can favor the hot numbers more, but adding one or two cold numbers is also a good move.

Also known as outstanding numbers, or even overdue numbers, due numbers are those that haven’t been drawn for more than an average number of draws. This means that they are now ‘due’ to be drawn. It is vital to remember that this doesn’t guarantee that the number will be drawn because all numbers have an equal chance of being drawn.

The fact that lottery draws also comprise of completely random numbers often drives people into playing random numbers. While it is possible for people to want to choose the random numbers on their own, but it is often very difficult. Rather than letting yourself influence your number combination, you can go with Quick Pick. Good lottery websites like KayaMoola give their clients the chance to use this option for generating random numbers they can play in their preferred lottery draw. A good reason to go down this route is that your chances of having the same numbers as anyone else are very low. Hence, if you do win a prize, you will not have to share with anyone.

If you have checked out stories of lottery winners, you will come across some of them who claim that they played the numbers they saw in a dream, or they simply had a good feeling about them, or saw them somewhere right before they made their selection. Yes, sometimes your gut can also work in your favor, especially if luck is on your side. Many people can get disappointed if they don’t win because of their gut, but this is what happens in the lottery. You have to be prepared for both outcomes because it is only possible to improve your chances of winning; there is no strategy in the world that can guarantee you a win because all lottery draws are random.

Use these tips and strategies to choose your numbers and you just might be the next winner.

View all posts by dunhamgaming → 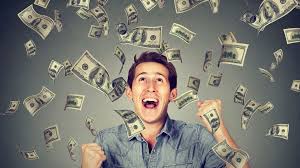 Simple Lottery Tips that Just Might do the Trick